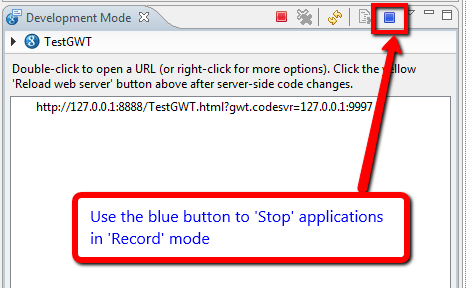 We have just updated the Chronon Recording Server to version 2.1.0.296 with an emergency bugfix update.

The bug occurs when a recording is ‘split’ at preset time intervals (eg 1 hour), by the Recording Server and results in a corrupt recording.

The current recorder .jar version with the bugfix is 2.1.0.296. If you are using that version or higher, then you are fine, otherwise you need to update.

Our thanks to Steven M, who reported this issue. We fully support your reporting of issues and we appreciate it when people work with us to identify and solve the problem.

Since the Chronon recorder uses bytecode instrumentation to record your java applications, I thought I would list some of the tools we use to help us with it:

This eclipse plugin can automatically show you the bytecode for java file open in your editor. It can also show the corresponding ASM code that would be needed to generate the said bytecode. It will help you understand both bytecodes and the ASM framework better.

This free tool, made by the same guys who make JProfiler, is the most comprehensive way to view your generated .class files. It can show you the bytecodes individually for a method along with things like the local variable table, exceptions table, constant pool, etc.  Its a must have, in my opinion, if you are fiddling around with Java byetcodes in any way.

This may sound like self promotion, but I remember the time before Chronon was born and each time we would run into issues with the generated bytecode, (which btw you will at some point too, no matter how hard you try not to), it would take hours trying to use the standard debugger or littering our code with println() statements everywhere before we found the root cause. Now if we find any error in the generated bytecode, we just look at the Chronon recording of the executed code in the Time Travelling Debugger and can find root cause in minutes.

Note that I mentioned JVM 5, not Java 5.

Since Chronon requires running on JVM 6, we do get people time to time asking “Does that mean Java 5 is not supported?”.

It seems some people still don’t understand that you can run Java 5 code on JVM 6. The JVMs are, and have always been, fully backward compatible.

This also means, that you can still write your code as Java 5 and even use JVM 5 to compile and build your  application, but during deployment you can choose JVM 6 instead of JVM 5 and gain all the advantages of using a more recent JVM while making sure your code still can, if really needed, run on JVM 5.

The JVM 5 is over 7 years old. It was even End Of Life’d over 2 years ago.  That means it won’t be receiving any more updates, so if you run into a jvm bug, tough luck… On Macs, its not even possible to install JVM 5 unless you use some hacks.

Frankly, why anyone would use a a 7 year old technology which won’t receive any new updates, when a perfectly good alternative is available, is beyond me!

The JVM 6 has been with us for > 5 years now and is still very much under active development. It has had 29 updates so far and is used by millions. It has much better performance than JVM 5 and the vast number of updates have ensured it is pretty damn stable.

At this point it baffles me that enterprises are sticking with a 7 year old, discontinued technology which has a perfectly good replacement which performs better and gets active updates. JVM 5 is the new IE 6 and like IE 6, it would be good for everyone if it was completely eradicated from this world.

Now that the Chronon Recording Server is out of beta, here are some changes we made to it based on a lot of feedback from our customers to improve the experience for everyone:

The complex installation procedure of the Recording Server was among the biggest complaints during the beta period, so we sought to make it much more simpler.

The complaints centered around an understanding of the various ports used for communication and the high amount of configuration needed. We have cut down on both in this release.

We have made the experience much simpler now, by removing the need for the xml file entirely. Now you just deploy the .war file normally in your container. When the recording server is first accessed, it will ask the user to specify a port to listen for controllers. 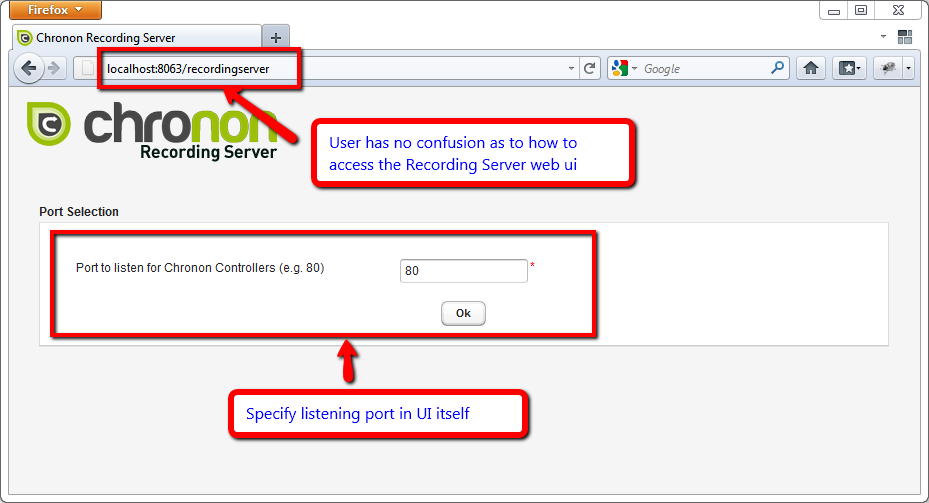 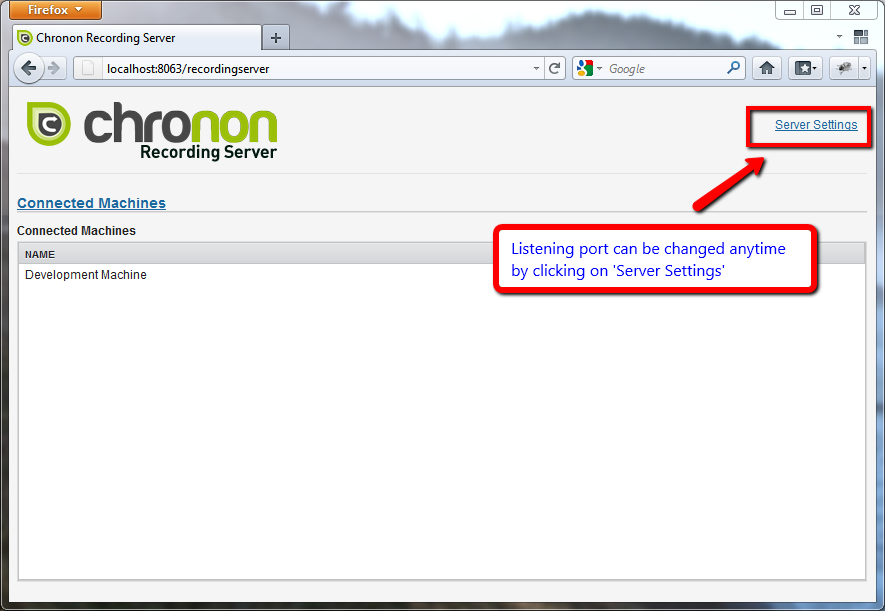 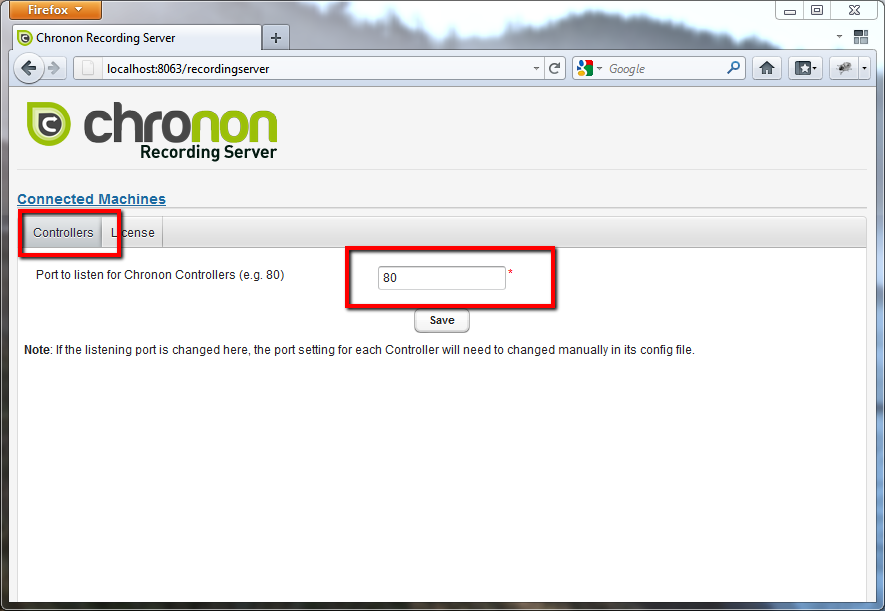 This has multiple benefits:

Another issue during the beta period was some people not having admin access to install the controller and instead of getting admin permission, they wanted to quickly evaluate the product. We have now updated the documentation to show how to use the Controller temporarily without requiring administrator privileges.

The Recorder Status panel in the Recording Server now has a button to get a Thread Dump of the application being recorded. Can come in handy if your application freezes for some reason or if you just want to know what is going in all those threads. 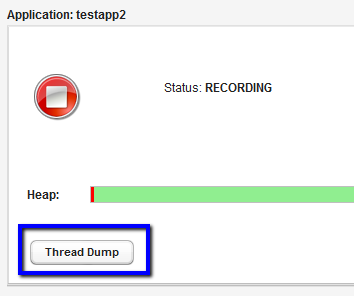 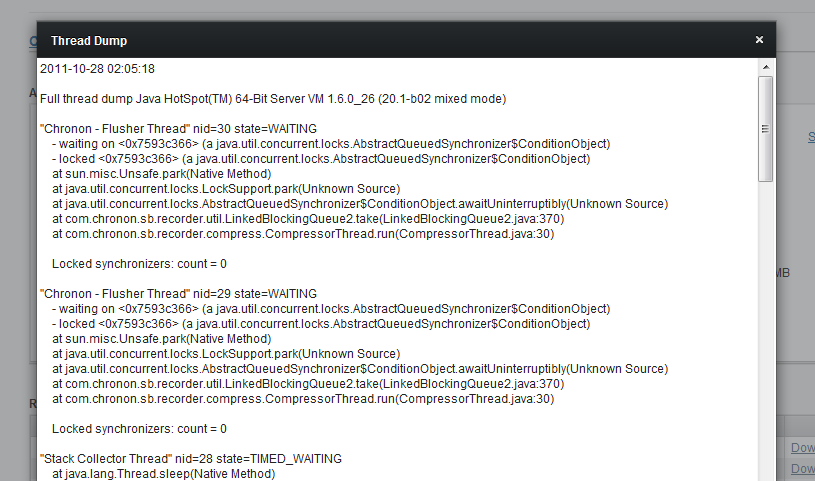 Recording for long periods of time

We even made a big change with the recorder to allow running it for long periods of time.

Previously we were using a custom thread local mechanism which needed you to specify the total number of threads created in advance. This was set by default to a high number like 5000. However, there are many programs out there that do not use thread pooling and would create and destroy threads, moving the thread id number to cross whatever ‘max’ value you put.

Thus we decided to use a different algorithm now, which completely removes the need for specifying a max value. You can create and destroy as many new threads as you want now!

This has made the configuration simpler both in the Recording Server UI and the Chronon Eclipse plugin, since there are no longer any fields needed for specifying maximum threads. 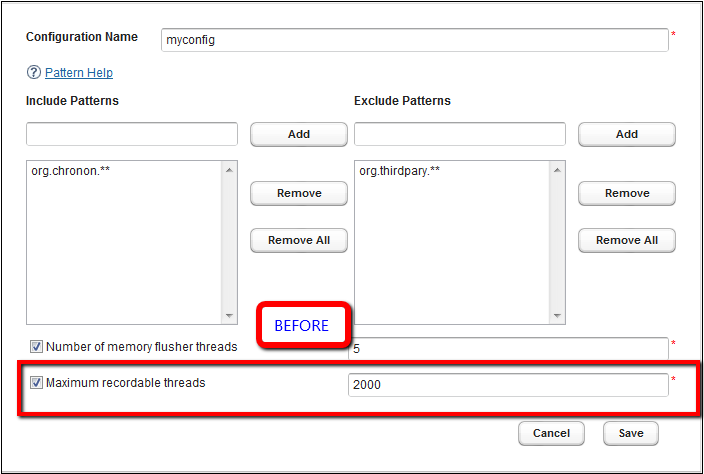 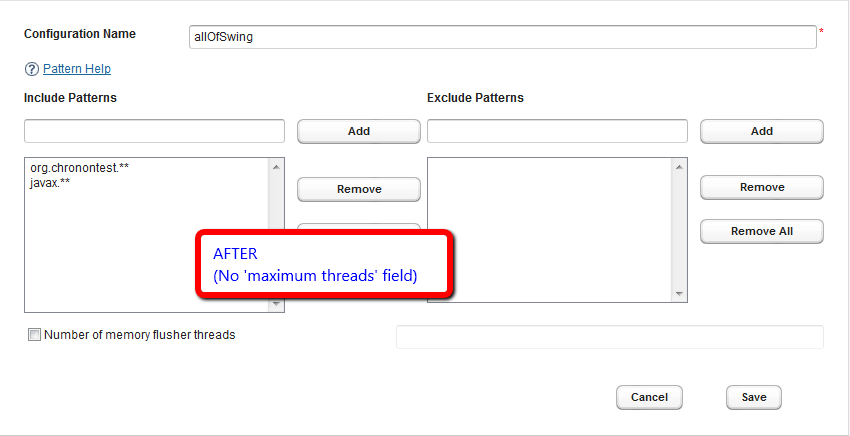 Here is the video recording of our very first Chronon Webinar held on Sept 21.

Lets get this straight. Currently the only real way to debug long running, server side applications, is by looking at log files. Yet, logging in its current form is fundamentally broken.

The paradox of logging:

Apart from the above paradox which occurs due to the fact that you are basically trying to predict errors in advance, logging has other evils:

That said, there is something good about logging after all.

If in the miraculous case, you do get your log statements positioned exactly right, looking at a log file can give you a quick overview of the execution of your program.

With Chronon 2.0, we are reinventing logging, just like we reinvented the debugger only a few months ago.

The Post Execution Logging functionality in Chronon 2.0 allows you to add logging to a program after it has executed.

Yes, you read that right. You can actually add logging after your code’s execution!

That also means you can finally get rid of all those logging statements in your program that are cluttering up your code and focus only on developing your software.

If all this still sounds crazy to you, see the video below to see Post Execution Logging in action.

Btw, if your Chronon 1.0 evaluation has expired and you still want to try out Chronon 2.0, just go ahead and download it and you will get another 30 days of free trial!